Johannes Karcher, acting chairman of the Administrative Committee of the Unified Patent Court, is optimistic the court will open its doors in April 2023 as planned, despite the questions which have been raised with the authentication of users within the Case Management System. He expects a solution ‘rather soon’ for the relocation of UPC cases which were originally planned to go to the London central division. Karcher said this in an interview with Kluwer IP Law. 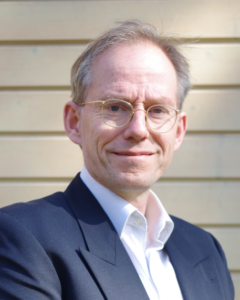 According to the roadmap which was published in October, the sunrise period will start in January 2023 and the UPC will start taking cases on 1 April 2023. Is there still a chance these dates will have to be postponed?
‘We have carefully designed the UPC-roadmap containing the final steps leading up to the entry into force of the UPCA. I’m optimistic that we will be able to keep this timeline. One point we need to pay particular attention to is the Case Management System. It is key that the functions are available including e.g. the proper set up of the authentication which has been a subject of late. We are therefore running tests and they will need to show satisfactory results.’

How have the reactions been to the appointment of the judges of the UPC?
‘The appointment of Judges of the UPC is an important milestone. I am very happy to note that we have succeeded to ensure that the appointed judges belong to the group of the finest European patent judges. The echo I hear from the user community is very positive. For me this is a key element for the acceptance of the Court by the users and the success of the system as a whole. Let me underline that the Advisory Committee of the UPC in which expert patent lawyers participate has played a decisive role in this exercise carefully examining the applications and making their proposal according to the merits of the candidates. Finally, I want to stress one particular aspect with regard to the judges on the bench of the UPC. I’m proud to note that we have a pretty even spread between men and women judges.’

Some observers of UPC developments, for instance Thorsten Bausch of Hoffmann Eitle who recently wrote this article, are concerned about the large proportion of ‘technical judges who are at the same time patent attorneys (and mostly partners) from IP law firms or from industry, i.e. from entities that inevitably have their own economic interests’. He – and commentators below the blogpost – think they will not be able to act as impartial judges. What is your view on this?
‘We are, of course, aware of the discussion. This is an important point which is being addressed. In the making of the UPCA and its secondary legislation thought has been given to the question how to balance these aspects. To begin with, part time judges particularly relate to Technically Qualified Judges (TQJ). As there are many different fields of technology we need a considerable number of TQJ to cover these areas who clearly cannot be full time judges from the beginning. In that sense the part time approach has been a conscious decision. To address a possible conflict of interest provisions have been foreseen in Articles 7 UPCA, 17 UPC Statute and Rule 346 RoP. In case of a (possible perception of) conflict of interest, judges will not take part in the case concerned. To that effect they have the obligation to inform the President. Likewise, any party may object to the participation of a judge where the judge is suspected, with good reason, of partiality. Further guidance will be given in a code of conduct for judges which the Presidium of the Court will establish. So there are mechanisms in place to deal with this question.’

Have a Registrar and Deputy-Registrar been selected?
‘Not yet but it will happen very soon. The call for candidates was open until 28 October 2022. Now, the Presidium of the UPC is looking at the applications we received. According to Articles 22 and 25 of the UPC Statute the Presidium will select and appoint both the Registrar and Deputy-Registrar who will be henceforth heading the administration of the Court.’

What kind of training will the UPC judges receive? Has this already started?
‘Let’s remember that the judges appointed are experts in their fields. But, of course, specific training modules for the new UPC rules which so far have not been applied in practice are designed to give an appropriate introduction into the system. A basic judge craft training for the Technically Qualified Judges has already taken place in October. Further training modules are foreseen for all judges. They concentrate on the Rules of Procedure and the use of the Case Management System.’

Has a solution been agreed on to (temporarily) divide cases which were originally meant to go the London central division between Munich and Paris? And what about Milan, which seems to be the only candidate to house the London central division after the withdrawal of the Dutch?
‘It is true that there is one application for the creation of a new third location of the central division of the Court of First Instance. I’m optimistic that we can find a balanced solution how to deal with the question of competences originally attributed to London rather soon.’

Will the Patent Mediation and Arbitration Centre (in Lisbon and Ljubljana) also open its doors on 1 April 2023?
‘We will do our best to prepare for a start as early as possible.’

Comments below this blogpost show there were problems with the strong authentication for the UPC’s content management system. Have these been solved, as far as you know? Will it be possible to opt out bulks of patents?
‘The technical solution to the authentication of users has indeed raised questions which we take very seriously. There will be two elements involved to ensure the security of the system and of the data. First the client authentication to access the system as a whole (hard device). And second the qualified electronic signature by users to ensure the legal recognition of a document. The UPC-IT published further information on the UPC website to explain the requirements in detail. Multiple opt-outs will be possible using so called APIs. Information is published on the website.’

Currently you are acting chairman of the Administrative Committee, if I’m informed correctly. How will this be in the future? Will you become chairman and succeed Alexander Ramsay?
‘That is correct, I am Vice Chairman and after the departure of Alexander Ramsay also the Acting Chairman. The decision on a new regular leadership will be for the Administrative Committee to take.’