The creation of a dedicated administrative tribunal could be a way to improve the settlement of labour disputes at the European Patent Office. Eric De Brabandere, professor of international dispute settlement at Leiden University in the Netherlands said this in an interview with Kluwer IP Law.

The tensions at the EPO have risen over the last few months. Industrial actions and a strike have been organised and in a remarkable meeting with the Central Staff Committee (CSC) on 26 April 2022 president António Campinos apparently had an outburst of anger, cursing and interrupting other speakers and telling them they should finally accept his proposals.

At least, that is what we know from a letter the CSC distributed among staff members. In a notice of the management, no more was said than: ‘Unfortunately, the meeting was less constructive than expected, with some issues creating tension at times.’ 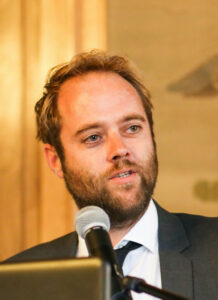 Not just these events, but the fact that for more than a decade social tension has been rife at the EPO is a clear indication that the mechanisms for solving conflicts at the organisation are not functioning well.

It is difficult for an outsider to understand and explain the causes for the social environment. However, the EPO has certain features which are important to note, some of which are inherent in international or inter-state organisations, De Brabandere says.

‘One thing is that the EPO doesn’t function as a normal company. It is a self-financed inter-state organisation. Member states, who have created it, want to have influence and decide who is to become the new president or vice-president. These are in essence political nominations, and this is a normal practice in international organisations.

Also, and because of that, it is in first instance up to the EPO member states and their representatives in the Administrative Council to tackle the social problems if there are any. But they might have no financial interest to intervene; leaving aside the apparent social issues the EPO seems to function well. As long as an organisation delivers what is supposed to deliver, there might be no incentive for change from the side of member states.’

It doesn’t help either that the European Patent Office is an organisation that the average man in the street isn’t particularly interested in, even if the EPO is of paramount importance economically with its ability to grant valuable patents in pharma, digital communication, computer technology etc. Media coverage is scarce and so is outside pressure. It was only during the worst period of social troubles under former EPO president Benoît Battistelli that national news outlets paid attention and parliamentarians and governments in several states demanded improvements. But due to the EPO’s immunity, little was achieved.

This immunity from legal process is a crucial issue. Immunity protects the EPO – and many other international organisations –  from the jurisdiction and enforcement measures of member states. ‘There are good reasons for this immunity’, says De Brabandere. ‘It protects both the organization and its member states by preventing national courts from determining the legal validity of acts of the organization. Without immunity, member states (through their courts and tribunals) would be able to unilaterally influence its activities.’

But the immunity can easily become problematic if labour conflicts rise, as the normal route to go to a national court is not available. This leads to friction in many international organisations. At the EPO, which is huge and employs almost 7000 people, it was inevitable it would give problems sooner or later.

‘Since several decades, the European Court of Human Rights (ECHR) has established that immunity from jurisdiction is not unlimited but has to be proportional, and that it cannot be invoked in case of lack of a proper internal conflict resolution mechanism. This sounds like there is some space for national courts to intervene, but in practice the ECHR has in the past years mostly ruled that the internal mechanisms were adequate.’

In the Netherlands, the ECHR jurisprudence was followed among others in an EPO case in 2017. The Gerechtshof (Court of Appeal) in The Hague had ruled that the EPO was violating the European Convention on Human Rights and said that, regardless of the question whether the EPO is an autonomous international organization (…), this autonomy cannot encompass/include the right to violate fundamental European rights (…) without offering parties such as the unions any legal remedy.

The Dutch Supreme Court however disagreed. According to its judgment the employees, represented by the trade unions, could contest the measures taken by the international organisation by means of an internal procedure. It was enough that, even if this route was not available to the unions, employees could lodge an appeal as an individual with the Administrative Tribunal of the International Labour Organisation (ILOAT) in Geneva.

Interestingly, the lack of sufficient legal remedies at the EPO is central in five constitutional complaints relating to the European Patent Office before the German Federal Constitutional Court (FCC), namely, 2 BvR 2480/10, 2 BvR 421/13, 2 BvR 756/16, 2 BvR 786/16 and 2 BvR 561/18. Four of these cases have been on the FCC’s previewed decision list since 2017. According to a spokesman of the FCC, the decision in these cases will come this year.

The reality at the EPO is that people behind, for instance, trade union SUEPO operate in anonymity out of fear they will be fired or will face other severe sanctions, as happened with various SUEPO leaders in the Battistelli era.

In answer to the question what could possibly be a solution for the difficult social situation at the European Patent Office, De Brabandere says that generally speaking the ILO’s Administrative Tribunal functions well. ‘It is the court of appeal for many labour disputes within international organisations and handles many cases. However, because of its heavy caseload, the whole procedure indeed can be perceived as slow and this might not easily be remedied. In the first place because of its growing popularity, as there is an increased caseload in terms of challenge of decisions in case of labour conflicts.’

That’s why he points at an interesting option, which various other international organisations have opted for: the creation of a dedicated administrative tribunal, consisting of judges that have no link at all with the EPO, and which would only take EPO cases. In other places this has been successful in providing a specific tailor-made mechanism, especially in large international organisations, and it may here also result to speed up conflict resolution.