Social tensions at the European Patent Office seem to have reached new lows in a meeting last week between an ‘extremely hostile’ EPO president Antonio Campinos and staff representatives. 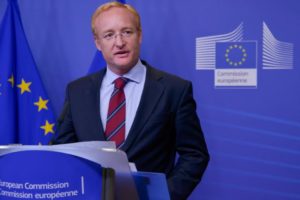 In a letter about the event which was sent to staff members last week, the Central Staff Committee (CSC) wrote the atmosphere at a General Consultative Committee (GCC) meeting on 26 April was ‘abysmal. The President used foul language throughout, using expletives in various languages, and insulted most of the speakers. The CSC members were not just interrupted but prevented from speaking multiple times when the content was not complimentary of the President’s policies or when the way of presenting it did not suit him.

The hostility displayed by the President was so extreme that he was requested on several occasions, by both staff representatives and even one member of the administration, to try to continue the meeting in a more respectful manner. (…)

It is difficult to convey the degree of unprofessionalism shown during the meeting. In an attempt to do so, we note just one of the phrases that was used by the President:

“You will never have such a nice person being the f***ing President for the next fifty f***ing years. So you wake up and make agreements with me, or you never will for your f***ing life.”

With time, we observe that the level of disrespect towards us has been growing. We cannot continue to allow this escalation. According to Article 38(5) Service Regulations, the GCC discussions are recorded, and as such we request that this recording be made available to allow full transparency.

A meeting conducted under such conditions, where arguments could not be exchanged and where questions could not be answered, cannot be considered to have provided a meaningful consultation. It was also patently clear that that the President had absolutely no intention of taking heed to any of the arguments that were presented by us.

This is the reason why the CSC members of the GCC have sent him a letter asking to reconvene a GCC meeting in order to provide an opportunity to discuss the documents put on the agenda.’

In reaction to a query by Kluwer IP Law, a spokesperson said the EPO would react on the events first in an internal note, which is expected to be circulated tomorrow, and would then be provided.

However, it is already clear that the relationship between staff (representatives) and the management has deteriorated to deeply troubling levels, and president Campinos has not at all succeeded in ending the social problems which were characteristic of the era of his predecessor Benoit Battistelli.

Tensions have risen among others due to a series of judgments of the Administrative Tribunal of the International Labour Organization (ILOAT) in 2021 and early 2022. In one of these, it declared that Battistelli abused his power in various ways when and after implementing new rules in July 2013 to restrict the rights of staff members to strike. According to another decision, the EPO violated the fundamental right of free association of its staff in 2014 by giving Battistelli the power to determine the detailed conditions relating to the staff committee elections.

The judgments and other issues led to industrial actions, called for by the SUEPO trade union earlier this year, culminating in a strike on 22 March 2022, during the meeting of the EPO’s Administrative Council.

General Consultative Committee meetings are held several times each year, depending on the need by the EPO to present policy changes to the Administrative Council. Last week, mobility policy was on the agenda. The GCC is the only statutory group where consultation of staff representatives (the Central Staff Committee) and top management is organised. The aim is to allow exchange, comments and improvements of management proposals before their submission for approval by the Administrative Council.