He left the UPC somewhat unexpectedly late 2022, and now he’s back already: Alexander Ramsay,  long-time chairman of the Preparatory Committee of the Unified Patent Court, has been appointed as Registrar of the new court. 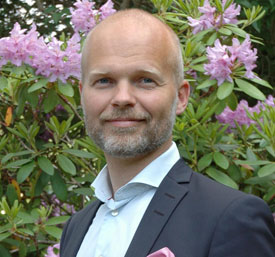 This has been announced on the UPC’s website. Axel Jacobi from Germany will be Deputy-Registrar. Both new officials of the Court take up their positions today. They took oath before the Court’s Presidium yesterday, in a small ceremony conducted on the margins of the preparatory training for UPC appointed judges, currently taking place in Budapest.

Ramsay has been been working on the UPC project since 2008, first as a Swedish delegate. When the UPC Preparatory Committee was inaugurated in March 2013, he became vice-chairman and from 2015 he was chairman. Following Austria’s ratification of the Protocol for Provisional Application of the UPCA in January 2022, the official preparatory phase of the court started, and the Preparatory Committee was replaced by the Administrative Committee, headed again by Ramsay.

Last November, after stepping down, Ramsay told JUVE Patent he would concentrate again on his duties as national judge: “I felt that the project has the stable leadership that would allow me to step down and for a while give priority to my family and my other affairs.” He didn’t rule out the possibility of a return to the UPC.

As is explained on the UPC’s website, the Registry plays a key role in the functioning of the Court. The Registrar’s tasks involve in particular

The Deputy-Registrar has particular tasks related to the Court of First Instance, such as inter alia