Templates and guidances that judges may use must help develop a harmonized format for decisions and orders at the upcoming Unified Patent Court. Klaus Grabinski, President of the Court of Appeal of the UPC, has said this in an interview with Kluwer IP Law. Grabinski thinks the court will bring patent litigation in Europe closer to the conditions in other big markets like the US or China. 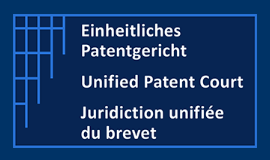 What do you hope the UPC and you will achieve?
‘The UPC is a unified court which means that it is a court common to several EU member states. At the beginning of its coming into existence it will be 17 out 27. The UPC is only the second court common to several EU member states. This is because in the field of patent law a particular need for unification was felt.

For more than 40 years there is one office (the European Patent Office) existent that grants European patents. However, to enforce a European patent litigation must be brought in national jurisdictions. That, in practice, often boils down to costly parallel litigation with sometimes diverging results. The UPC will allow to enforce a European patent for several member states in one litigation. That will bring Europe closer to the conditions in the other big markets of this world like the US or China where patents can be enforced in one court with effect on the entire market. My hope is that this new possibility for Europe will be realized and practiced by stakeholders.’

Could you describe what kind of activities you have been involved in since October to prepare for your new assignment?
‘I have been a judge at the Federal Court of Justice (Bundesgerichtshof) until end of October and had my last hearings on 13 October 2022. In the second half of October, I have been appointed judge at the UPC Court of Appeal and elected as President of that court. I took up office on 1 November 2022 and since then I am in the process of fulfilling the tasks that the UPC Agreement and the UPC Statute have imposed on the Presidium and on me as its chairperson like laying down the Registry Rules, preparing the annual budget, drafting of a code of conduct for UPC judges in cooperation with the Advisory Committee of the UPC, preparing training activities, etc.

Based on what you have experienced in the last months, what can you say about the main remaining challenges to get the court up and running? And what is your role in these?
‘One challenge is to familiarize the legally and technically qualified judges who have been appointed with the procedural law of the UPC and the electronic case management system. For this purpose, a training of the technically qualified judges has already taken place and more for both legally and technically qualified judges will follow in the new year. In addition, the trainings will also be an occasion for the judges, who come from different national jurisdictions and are supposed to work together in a unified court in the future, to get to know each other. I am looking forward to discussions with my colleagues as part of this training.’

The litigation system at the UPC is electronically based, so the e-system will have to work properly from minute one. But problems with accessing the CMS have already forced the court to delay its opening date with two months. Are you concerned more IT problems will come to the surface?
‘For security reasons, it has been decided that strong authentication is required to access the electronic case management system and sign documents. The sunrise period and the opening of the court were postponed for two months to allow future users to have more time to prepare for the strong authentication.

A lot has been done to avoid IT problems as much as possible. But of course, this does not rule out that further adjustments and improvements will become necessary

A team of lawyers and IT specialists has been working for several years to develop an electronic case management system based on the UPC Rules of Procedure. The system has been tested in its different functionalities and further testing will follow. In addition, users can try out the system for their part by using a test version. So a lot has been done to avoid IT problems as much as possible. But of course, this does not rule out that further adjustments and improvements will become necessary once the system is up and running as experiences with the introduction of electronic case management systems in other jurisdictions have shown.’

In an interview with the Kluwer Patent Blog in 2017, you said the first period of the UPC will be demanding: ‘Judges will have to develop the so-called judge craft and set up harmonized standards for judgments, orders and other court decisions. In France, decisions of the judges can be very short, for instance, in England pretty long and in Germany rather dogmatic.’ Have you and your new colleagues already been discussing these kind of issues? How will uniformity be achieved?
‘The Rules of Procedure provide requirements for decisions and orders. In addition, it is planned to publish templates and guidances that may be used by judges as a format for their decisions and orders and by representatives as a format for their motions. Although these templates and guidances will not be binding but only the rules of procedure on which they are based, they will help to develop a harmonized format for decisions and orders.’

Speaking about England: there has been a lot of debate whether it is a problem that the UPCA expressly mentions London as a seat of a central division, and the PPA states that the United Kingdom has to be one of the Signatory States of the UPCA. What is your view?
‘After the withdrawal of the UK from its ratification of the UPCA in July 2021 there will be no section of the Central Division in London. In October 2021 the UPC Preparatory Committee gave its chairperson the mandate to give an “authentic interpretation” of Art. 3 PPA in the sense that this provision is to be interpreted as mirroring article 89 of the UPCA. It is not for me to comment on this development.’

Is it time to depart from the mantra that the Unitary Patent and UPC will be good for SMEs? The general view (see this interview for instance) seems to be that only patent owners with deep pockets will be able to afford litigation before the UPC.
‘In the past few months, I have spoken to many lawyers, patent attorneys and stakeholders, including representatives of SMEs. My takeaway from these discussions was that there is not so much a general view but that there are different views. Recently at a conference, I have watched a panel of SME representatives, most of whom have seen the UPC as an improvement for the protection of their inventions.

Court fees for litigation before the UPC are lower than those for litigation for example in Germany, where quite some SMEs, as claimants or defendants, have patent disputes currently pending

It was rightly noticed by some to whom I spoke that – based on the same value in dispute – the court fees for litigation (infringement and validity) before the UPC are lower than those for litigation for example in Germany, where quite some SMEs, as claimants or defendants, have patent disputes currently pending. Regarding recoverable representation costs, the UPC rules will be different in that they only set ceilings depending on the value in dispute, whereas in Germany fixed amounts are provided for in a statutory list that are lower than the ceilings under UPC rules. But ceilings only mark the upper end and thus will not necessarily be the amount of recoverable costs that will be determined in a specific case.’

‘Quick rulings are what European business may expect and what the UPC procedure was made for’, Richard Ebbink, partner at Brinkhof, and Georg Rauh, partner at Vossius said in a recent interview on this blog. Do you agree?
‘I agree that quick rulings are an important aspect in litigation in general and in patent litigation in particular. To underline the importance of this aspect it is explicitly mentioned in the preamble of the Rules of Procedure. But there it is also mentioned that due consideration shall be given to the nature and complexity of each action and its importance and proportionality shall be ensured. In addition, it should not be forgotten that other aspects that influence the duration of patent litigations are becoming increasingly important, e.g., the handling of confidentiality interests of parties in SEP litigations.’

Your appointment has been broadly welcomed, but/and you have also been described as a patent enforcement hawk and a fervent supporter of automatic injunctions. Are you?
‘I cannot do anything with labels like that. When I open a file, my priority is to understand the facts presented by the parties. That is not always easy in patent law, because quite different fields of technology can be involved. Then it is a matter of applying the law to the facts and, where relevant and disputed, establishing factual submissions. At the end of the day, the judgment must be in conformity with the facts and the applicable law. That, to me, is crucial. Whether the judgment results in an injunction in favour of the plaintiff or dismisses his action, by contrast, is just a consequence of the process described.’

What will the state of play be at the UPC this time next year?
‘The UPC will be up and running and first experiences regarding procedural issues and preliminary proceedings might have been made. For the rest, my preference is not to speculate but to wait what will come.’