Opt out your existing patents from the jurisdiction of the Unified Patent Court. That is the advice European patent attorney Martin Luten repeatedly gave to the audience of a webinar last month of his firm Arnold & Siedsma. 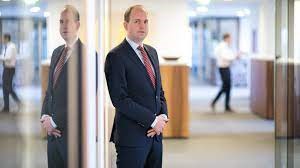 In the webinar, Luten discussed the basics of the Unitary Patent (UP) and the Unified Patent Court (UPC), which will – as announced earlier this week – likely start functioning as from 1 June next year. Both constitute major changes in the European landscape and are the result of over 20 years of attempts to create a united European patent system.

Under the current patent system, which (apart from the national patent route) is based on the European Patent Convention and comprises 39 member states, the European Patent Office decides about European patent applications, but after grant this classic European patent turns into a bundle of national patents. It has to be validated in every separate country, which may cost a lot of money as translations of the patent specification or at least the claims of the patent have to be provided. Apart from that, yearly renewal fees have to be paid in every country where the patent is validated, which incurs substantive costs.

If it comes to litigation, patent matters are dealt with by national courts. This can lead to multiple cases in all countries where, for instance, an injunction is sought. Different outcomes in different countries are possible. Where a German court finds an injunction is the right measure, a Dutch court can rule a patent is invalid. Here, also, litigation in each separate country can become a costly affair.

In the future, the situation will radically change for the member states of the Unitary Patent system, currently 17 countries. The number may increase over time, depending on the success of the system. The United Kingdom, Spain, Norway, Poland and Croatia are no part of the UP system, for example. The UK withdrew as a consequence of the Brexit, Spain objects the language regime.

Probably, owners will often file a Spanish translation, according to Martin Luten, as this is the cheapest

In the member states, a Unitary Patent can be obtained by requesting unitary effect for European patents which have been granted by the EPO. For English language patents, no more than one single translation will have to be filed. This is in part to train the machine translation system of the EPO. Probably, owners will often file a Spanish translation, according to Martin Luten, as this is the cheapest. Unitary effect can also be requested for German or French language patents, in which cases an English translation is required.

The new Unitary Patent doesn’t replace the classical European patent, but is an extra option. This means that patent owners in member states, besides the national patent, can opt for 1) the classic European (bundle) patent, 2) the Unitary Patent 3) a combination of these, for instance a UP plus EPs in (non-EU) EPC member states.

In principle, double protection is not allowed, although Germany and France are exceptions. The choice for a Unitary Patent cannot be reversed.

The EPO’s grant procedure remains unchanged and is the same for European and Unitary Patents, including the possibility of opposition, limitation and revocation actions.

In the meantime, the UP means choices regarding one’s business strategy have to be made. Instead of renewal fees in every separate country, owners of a UP pay a single renewal fee, amounting to the sum of the renewal fees of the four most prominent member states.. This means a considerable reduction of costs in comparison with the EP if patent protection is sought in a lot of countries. If protection is sought in just two or three states, the UP doesn’t seem a logical choice, especially as pruning of a UP is not possible.

Another issue should be taken into account as well: only the new Unified Patent Court is competent in litigation regarding Unitary Patent matters. ‘All eggs are in one basket’: the patent stands or falls as a whole for all of the UP countries.

The UPC is the second major change in the European patent landscape, discussed during the webinar. The court will be competent for all matters regarding infringement and validity of Unitary ánd classical European bundle patents granted by the EPO, after a transitional period of 7 or 14 years. During this transitional period, classic European patents can be opted out from the jurisdiction of the UPC.

Decisions of the court will be valid in all member states of the UP system, which means litigation in separate countries is no longer necessary. The flip side however: if the UPC declares invalid your patent, that decision extends to all UP member states as well. This is true not only for UPs, but also for classical European patents, also if they were granted years before the start of the Unitary Patent system.

At this point, Martin Luten issued his advice: opt out your existing patent portfolio from the UPC and close the door! He stressed this is a general advice and in some circumstances another strategy may be preferable, but in principle an opt-out is the way to go: if the UPC is the competent court, this incurs a risk of a central attack on your current portfolio. ‘A risk we typically do not want.’ An opt-out request keeps your options open. It can be withdrawn (unless a case before a national court has already started) so the possibility to litigate before the UPC  is still there, but it eliminates the risk of a central attack.

An opt-out must be filed at the UPC on behalf of the true owners. Who these are is not always immediately clear, so it is very important to check this

An opt-out must be filed at the UPC on behalf of the true owners. Who these are is not always immediately clear, so it is very important to check this, especially if licensees are involved or there is a co-ownership. Opting out of the UPC will already be possible from 1 March 2023, during the so-called sunrise period: the three months before the court opens its doors.

If parties agree, the division of their choice, including a central division, is competent.

The Unitary Patent system leads to new strategic considerations, Martin Luten pointed out. In the choice between the European and the Unitary Patent, relevant issues are for instance the type of product/method, the type of applicant, the level of innovation, costs (is validation in more than four countries useful? What about the higher costs of litigation?), the litigation probability, the litigation language, the litigation speed/timeliness, the need/scope of injunction, forum shopping (avoiding unexperienced national courts, playing with double patenting in Germany and France?).

With the start of the UPC, in case of conflict, a competitor can choose between going to the UPC for a revocation procedure or starting an opposition procedure at the EPO. Reasons for the UPC can be that one has missed the opposition period, a quick decision is desirable, earlier unpublished national prior art, a strong case and sufficient budget, and the fact that a decision will cover 17 UPC member states.

Opposition before EPO can be chosen within the opposition period, if a slow decision is desirable, invalidation in non-UP countries is sought, if it is desirable to use a straw man, there are strong art. 123 (2)/(3) EPC arguments, the budget is tight or/and a decision is wanted which covers all EPC states.

Martin Luten is convincing: for patent owners it is high time to prepare, together with their consultants! Regarding existing European patents, this concerns checking (co-)ownership and deciding to (not) opt out, and adapting license contracts to prevent exclusive licensees from launching infringement proceedings.