Six months after ILOAT judgment No. 4551, ruling that measures restricting mass emails at the European Patent Office were contrary to the freedom of communication and must be set aside, the EPO management has failed to execute the judgment and has tried to restrict mass emails in other ways. 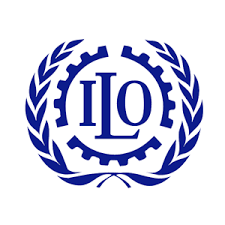 The Central Staff Committee (CSC) of the EPO sent letters about the case (see also this earlier blogpost) to EPO president António Campinos on 29 July, 6 September and 28 October 2022. In the first letter it demanded immediate execution of Judgment No. 4551, issued on 6 July 2022, and reinstatement of the former rules on mass emails in force prior to 31 May 2013.

In its open letter of September, the CSC wrote that two
months after the ruling of the Tribunal, it had still not been executed. The CSC pointed out: ‘We note that mailing lists for sending mass emails to more than 50 staff members, e.g. DDL-ALL-STAFF(-XX), already exist in the EPO standard email system. Such mailing lists can be easily selected from the available address book and inserted into the recipient field. However, when the sender is a Staff Committee or one of its members, sending of the email is technically blocked. The same applies upon inserting more than 50 individual addresses as recipient from the available address book.’

According to the CSC’s open letter of October, despite stating ‘that the Office is committed to executing Judgment No. 4551 of the Tribunal as swiftly and comprehensively as possible’, president Campinos ‘decided to maintain the limit of the number of email recipients to 50 and to add a “new feature” as a precondition for executing the judgment, i.e. to introduce a right for staff to unsubscribe from the relevant mailing lists. You try to justify the additional constraint imposed on the CSC with the right to privacy and data protection.’

The CSC points out: ‘We note that you obviously chose to not invoke data protection and respect for private life before the ILOAT, so that there is actually no place for additional privacy pleadings at this stage.’ After setting out, among others, that the EPO Service Regulations ‘already contain provisions to protect fundamental rights and freedoms as well as personal data of employees in the course of their official activities’, the CSC concludes: ‘In short, there is no need and no legal basis for any additional limitation on our right to communicate.’

Apparently, the EPO management has proposed to hire an external service provider managing distribution lists and has sought the opinion of the Data Protection Officer (DPO) on the matter. The CSC writes it regrets ‘that her independence has led her to ignore the judgment and depart from the letter and spirit of the Service Regulations and the Data Protection Rules (DPR)’. It reiterates ‘the demand made in two previous letters for the immediate execution of Judgment No. 4551, in its entirety and without any additional obstacles, which have no legal basis or justification whatsoever.’