Every year the Japan Patent Office (JPO) publishes a status report in spring, and this year’s report (the “Status Report 2022”) was published on March 30, 2022. The Status Report 2022 contains statistics on Japanese and worldwide IP trends, and information on the JPO’s initiatives to protect industrial property rights and to promote innovation. The report is in both English and Japanese and can be found here.

Below are some statistics related to patents in Japan, which we picked up from the Status Report 2022.

1. Number of patent applications, requests for examination, and patent registrations

Overall, the number of patent applications, requests for examination, and patent registrations have decreased in Japan over the past ten years[1]pages 12 and 13 of the Status Report 2022. 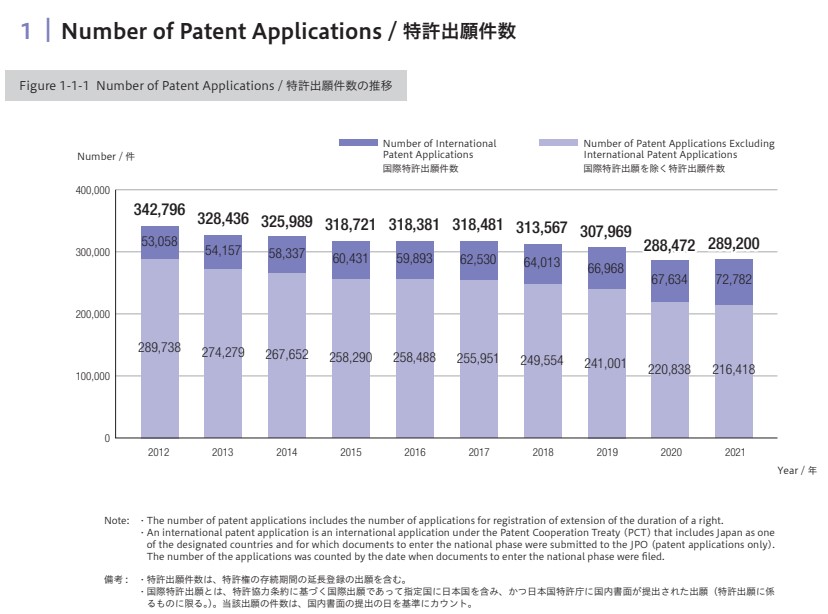 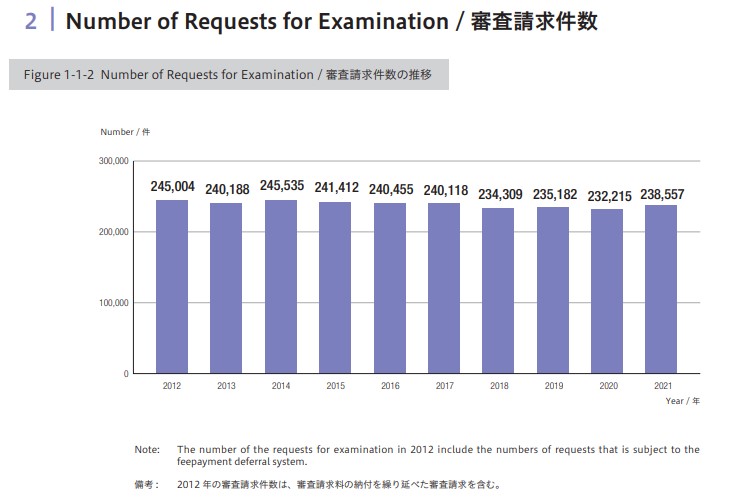 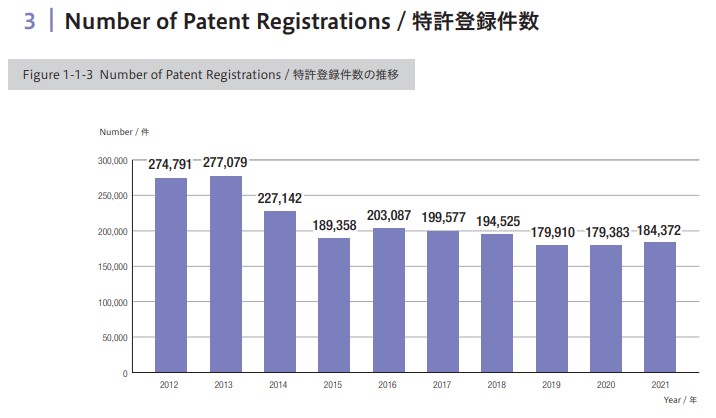 2. Number of appeals against an examiner’s decision of refusal and the rate of success in such appeal

The number of appeals against an examiner’s decision of refusal has decreased[2]page 30, but on the other hand, the rate of appeals succeeded has increased[3]page 31 over the past ten years. The rate was as high as 77% in 2021, marking a large increase by 7% from the figure 70% in 2020. The increase might be attributed to the fact that companies carefully selected inventions for patent applications and the JPO’s recent user-friendly attitude. At any rate, it is clear that an applicant should not be pessimistic even if he/she received a decision of refusal as to his/her patent application. 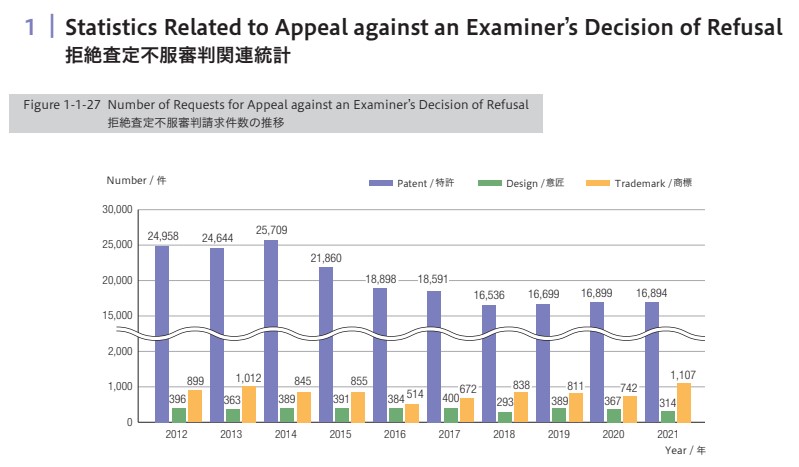 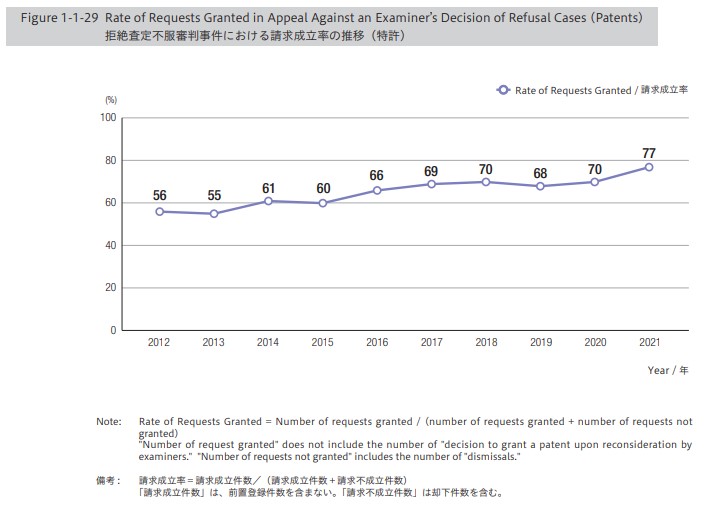 3. Number of requests for invalidation trials

The number of requests for invalidation trials has decreased significantly over the past ten years, and is now less than half compared to the figure in 2012[4]page 31. At least some part of the decrease may be attributed to the re-introduction of post grant opposition proceedings in 2015. 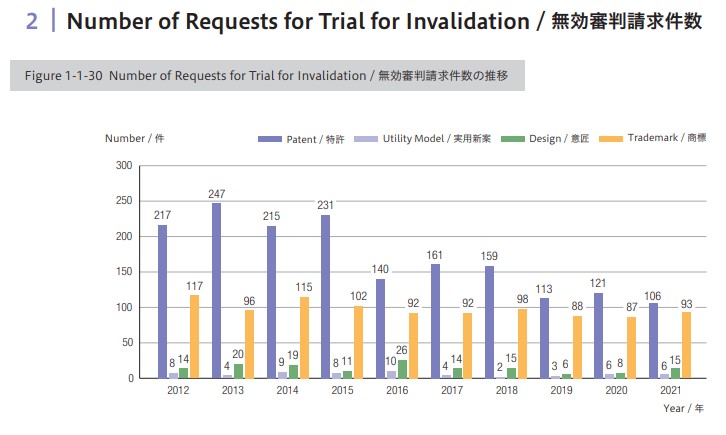 The number of post grant oppositions against patent grants, which was re-introduced from April 2015, seemed to be in decline in the past few years but suddenly increased in 2021[5]page 33. We do not know yet whether this increase will be a continued trend or a mere isolated phenomenon. 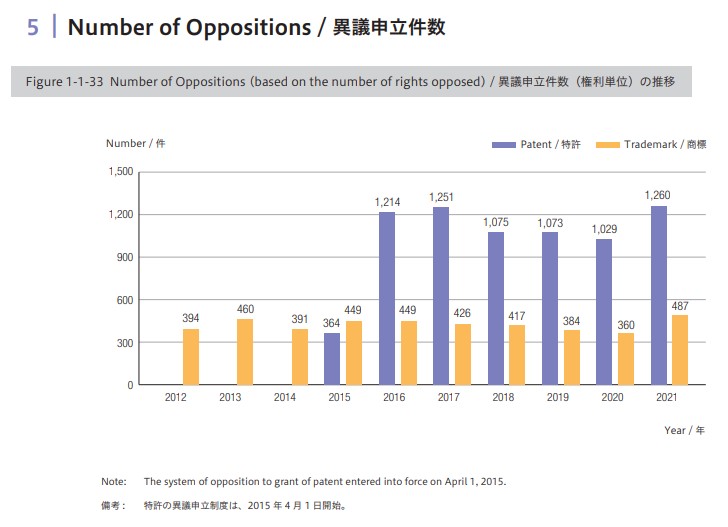 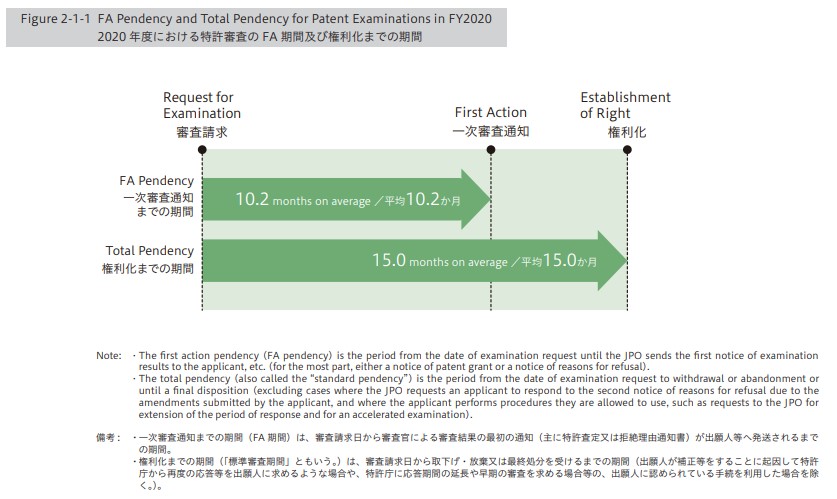