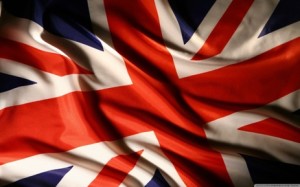 Different countries have different constitutional requirements before they can ratify an international agreement like the UPCA. Some, like France, can ratify first, and sort out the legislation required to comply with the Treaty later, whilst other countries like the UK and Germany, do it the other way around, passing relevant legislation first, with formal ratification following as the very last step.

Many commentators have forgotten that as long ago as May 2014 the UK Parliament passed a new Intellectual Property Act, which authorised ratification and implementation of the UPCA.  Of course the Brexit referendum raised huge doubts about UK commitment to the project, but these were swept aside on 29 November 2016 with the announcement that Brexit notwithstanding, the UK would still be ratifying the UPC Agreement. At that time it was expected that this ratification would be completed within about six months.

The calling of a General Election (announced April 2017) stalled that, and by the time the election had been held, the German constitutional complaint had become public. Inevitably this meant that the urgency went out of the process. To many, progress since then has seemed painfully slow.  Brexit does mean, however, that the UK Government has been more than a little busy, and it is not surprising that with complete deadlock caused by the German problem, the UK did not prioritise rapid completion of the process.

It did nonetheless very soon after the new Government was formed take the important step, in July 2017 (i.e. before the summer Parliamentary recess), of signing off on the Protocol on Provisional Application, and after the recess resumed the legislative  process. This process was not quite finished before Christmas 2017 simply because of the final formality required, namely approval for an item of secondary legislation (referred to as The Unified Patent Court (Immunities and Privileges) Order) by the Privy Council – or to give it its full name, Her Majesty’s Most Honourable Privy Council.  This body (as its full name suggests) actually involves the Queen, and therefore meets only intermittently.

The first meeting after Christmas took place on 8 February at Buckingham Palace, and, unsurprisingly, Her Majesty and her Privy Councillors signed off on the Order (together, perhaps less significantly, but more entertainingly, with such matters as a proclamation concerning the introduction of a new 50p coin featuring the literary character, Paddington Bear) – see these minutes.  Hence, the final piece of legislation has been formally passed, and is available here together with this explanatory memorandum.

Hence, the UK is at last, in a position to ratify the UPCA. Why then, some may ask, did that not follow on 9 February? The short answer is again a procedural one. Constitutional requirements mean that the UK IPO needs to collect together the relevant evidence that all legislative steps have been taken to enable ratification, and provide this to the Foreign and Commonwealth Office, which is the Government ministry responsible for this sort of thing. That ministry then has to check the evidence, prepare the formal instrument, have it signed by the Minister (Boris Johnson MP) and finally lodge it in Brussels.

If given priority, this process would normally take a very few weeks. With the continuing silence from the BVerfG in Germany, there remains no urgency. Hopefully, however, the wheels are beginning to turn on this and we may see formal ratification around Easter. At the same time, the UK will also formally ratify the Privileges and Immunities Protocol, and will actually likely be the first of the four countries required to take this step essential to the start-up of the UPC.

The others are Germany, France and Luxembourg. These last two are, it is believed, ready to do so, but have not yet taken the step, whilst Germany, of course, cannot do so unless and until the constitutional challenge is resolved in favour of the German Government.

Hence, we may very well end up in a position that the UK is the first mandatory ratifying country to complete all its processes, and be waiting for everyone else to do the same. Perhaps then the doubters will finally accept that the UK is committed to the new regime – as it has been all along – and we can get on with the important task of making sure the UK can continue in the system post-Brexit.  After all, this is what the vast majority of users throughout Europe want to see.